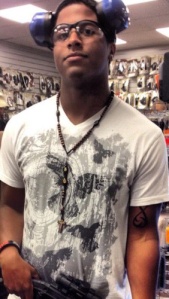 Ok, the reason I called this post “The Prince Charming of Rap” is because, rap talent aside, Cory Lyons is handsome. SERIOUSLY handsome. SO handsome that at first I mistakenly thought, “Wow, a guy this good looking? No WAY he can rap.” Was I wrong.

This 18-year-old from Johns Creek, GA, has two older brothers, Chris and Cameron Lyons, who are also involved in the entertainment industry. According to his official biography:

“Cory was also a huge Ice hockey fan and played travel ice hockey for about 7 years. All of that changed once he recorded his first song “Letter to the Devil”. It was then that Cory decided to put all of his focus on his hip hop career and became very serious about music at 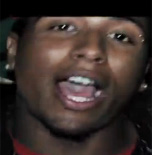 the age of 15.  This is when his life changed dramatically. Dropping his first mixtape “Saturday School” in 2011 and “On My Own” in 2012, as well as performing in various festivals, parades, Cory was hooked on this lifestyle and couldn’t leave it alone. He also won a  contest and won 1st place for a large Def Jam event.  He was the youngest contestant in the line-up. Cory has always considered himself a young Phenomenon in the making.  People usually struggle their entire lives trying to figure out what they want to do and how they can make an impact on the world but Cory has known what his calling has been for years  and is welcoming the world into his life through a pen and pad.”

So he’s got the chops and the drive. And the looks. His music is extremely well-produced and the videos are very professionally done.

In “Do What I Want,” Cory raps about the life he’s living, the rules he isn’t following, and he tells us basically that the only expectations he’s meeting are his own, and on his own terms. This strong individualistic and courageous self-confidence is evident in most of his songs too.

My personal favorite is “Save The World,” a very danceable party anthem. The video also cleverly asks the audience to follow his Twitter account and thanks us for our support, so it’s not only an anthem, it’s a networking tool! My social media communicator side likes that.

His songs are express, I think, Cory’s inner thoughts and dreams in a sometimes rough but eloquent way. He is all about the drive and grind to be a success. Stay tuned, folks, and check his DatPiff site for a thorough selection of his amazing music. Cory Lyons is combining lyrical and vocal talent with his sense of promotion and fan connectivity, and this is a young man to watch out for. 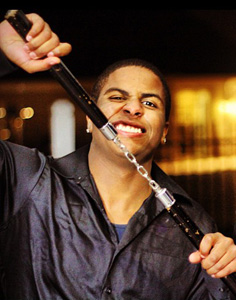