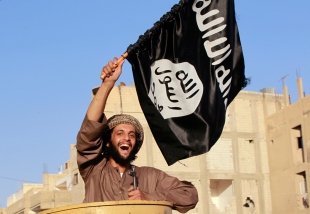 According to a number of articles, including the Daily Mail, CBS News and more, ISIS has long been using social media to pull in  members from a large variety of terrorist groups throughout the Middle East. Terror groups already in existence have united with new terror groups under the ISIS flag.

If this was a boutique coffee shop startup, we’d call them a success.

ISIS is using the tenants of branding to recruit new members and spread their message. Think about the basic principles of branding (from a previous article on OpenForum) :

The social media campaign of ISIS allows people from all over the world to share, like and retweet their messages, their ideology, and their brutal inhumane execution videos. You can’t buy that kind of advertising.

ISIS also includes images of camaraderie and brotherly love, which is a strong pull to the young men and women they are attracting. According to CNN, “The general picture provided by foreign fighters of their lives in Syria suggests camaraderie, good morale and purposeful activity, all mixed in with a sense of understated heroism, designed to attract their friends as well as to boost their own self-esteem,” counterterrorism expert Richard Barrett wrote last year in a report called “Foreign fighters in Syria”.

From the same article: Fawaz Gerges, professor of Middle East studies at The London School of Economics, put it more bluntly: “ISIS provides these deluded young men and women with an adventurous trip.”

Social media has always been a kind of armchair-activist platform, where you can support or harangue from the comfort of your own living room or your smartphone. What’s truly frightening about ISIS is that they’ve taken business marketing tactics and are using them to spread their message of jihad. They’ve caught on to what their audience wants, combined with the message they are trying to send.

As soon as ISIS social media accounts are found and deleted, new ones are created.  And for those (ambassadors) who support but will never actively participate in ISIS beheadings, they can just share (amplify) the videos to their friends…who share it to their friends…and so on.

From the article previously mentioned: “A strong group of caretakers of your brand will lead to further reaching brand ambassadors with your consumers. When you build that consistency and integrity and it flows through your customers, you will hit a Brand Grand Slam!”

Combine this “Grand Slam” with “…alluring perks, a sophisticated propaganda machine and battlefield success that draw fighters…” in addition to ISIS posting over 90,000 messages a day (CNN) and you’ve got a diabolical union of social media success, cult control techniques, brutal violence and repression.