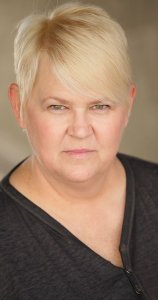 Youth is the currency of choice in Hollywood. While the movie industry typically focuses their love and approval on the young, there are actors who are taking on the challenge of crafting a career past their 20s.

Teresa R. Parker, a Modesto native, is taking on Hollywood in a big way. She’s fairly new to acting but is already getting the kind of buzz given to much younger actors and is helping break the stereotype that only the young can break into acting and be successful.

Teresa can be seen in a number of upcoming and existing movies and television productions, including Ballad of Tennessee Rose; Only Now Existing’s Escape Artist; Ice Scream; Scout; Desolation; The Labyrinth; The Pipeline; Addicted to Fresno; House of Manson and more.

Teresa granted this exclusive interview to share her thoughts and story as a way to encourage others to follow their dreams; as she says, “If anyone is interested in acting at any age it isn’t hard to make your dreams come true. All you need is guts and thick skin coupled 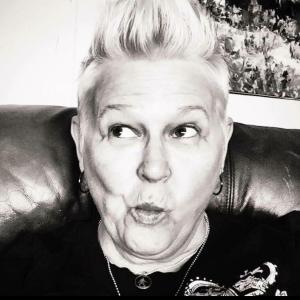 with passion and some talent to pretend.”

What made you start a new career in acting at this time in your life?
My acting career had a slow start. When I was in college as a Drama major I enjoyed it. I then got practical and life went on and my major changed to law enforcement.

I became a police officer and retired from it after 20 years. I call that time my extended acting class. Being a cop is a lot about acting. Later after I retired a friend suggested I go back to acting. Being someone who has an eye for talent and someone I respect I thought, what the heck. I have nothing to lose.

So I decided to go back to my lifelong passion. As a child I’d spend Saturdays at the movies all by myself. I’d study the actors and often had odd taste in films at an early age meaning most kids weren’t flocking to see serious critically acclaimed films dealing with very dramatic subjects. Not me, I ate it up. So the decision to get back into it seemed like a great idea. I’ve not regretted it and in fact want more, much more. 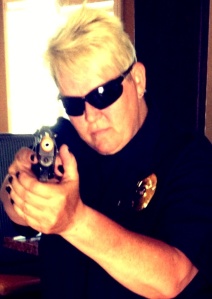 How did you get started?
While I didn’t know a soul in the acting biz I found some acting websites to which I subscribed. These paid sites allow for anyone who wants to act plenty of gigs to self -submit to both Union and non-Union statuses. There are roles for everyone. If you have a smart phone, iPad or computer, you can monitor all the gigs listed and decide if any are for you.

I’ve also taken acting classes and networked like a crazy woman to work on the old proverbial climb. Of course it isn’t easy but nothing easy is truly worth doing. The struggle is worth it.

What’s your favorite role so far?
I have a few favorite characters I’ve played, however I can’t single one out as tops, but I can tell you I recently had the pleasure of working with a man I greatly admire. The great character actor Barry Corbin is starring in a film I am in which is titled The Pipeline. I play Jillian Thomas, a New York Times editor. Those type of acting memories are indelibly imprinted on me. I’ve played lots of characters from the above mentioned to that of the Undead!

I played a detective in the soon to be released House of Manson. This I am so proud of as this film truly chronicles the life of Charles Manson and his harem which, by the way, was way ahead of the new TV shows about this same subject. It is an independent film that packs a huge punch with an incredible cast. 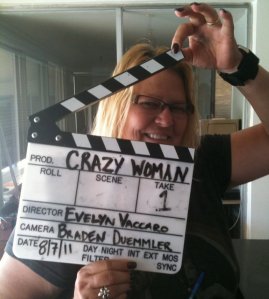 I’ve been cast in others yet to shoot and have done a few spots on TV including booking a featured background role on NBC’s Heartbreaker this fall. Working with the great TV director Helen Shaver was a serious highlight as I was cast by her specifically to play the wife of a dying spouse.

If anyone is interested in acting at any age it isn’t hard to make your dreams come true. All you need is guts and thick skin coupled with passion and some talent to pretend.

Have you ever gotten negative feedback/lost a role solely based on your age?
Luckily, I’ve never been told I was too old for a role. But that’s nothing to write home about. After you audition you rarely hear anything if you don’t book the gig.

I did get some encouraging information from an older actress on set once. We were sitting in the makeup trailer on a GE commercial I won a part in. I played a Mountie. I asked her if she works a lot. She appeared to be in her 70’s. She said, “I’m so busy.” She said with no reservations that the older you get the less competition you have. I thought, wow, I like that trend!

Do you feel it’s harder for older actors to be successful in Hollywood?
I am sure agism, sexism and racism all exist in Hollywood. But you can’t really concern yourself with that generally. You’re 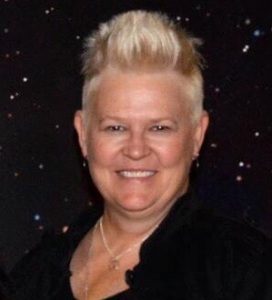 either right for the part or you are not.

Have you ever heard someone say it’s me not you when a relationship ends? This is how it is. It’s not you it’s them. Meaning they have their needs and wants and you just need to keep auditioning until you meet their criteria.

Sounds like an odd way to go about it but you know what they say, throw mud at the wall, see what sticks. It’s not always about talent as much as a look or feel, right place right time. The connections you make will make or break you. Having started acting after another career I have the luxury to not have to work outside of acting which is something only an older person can generally do.

I’m a lucky lady to do what I love and because of my age not worry anything but showing up on set at call time and enjoying the hell out of every single take.