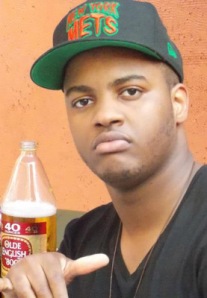 Smooth Being, a 21-year-old rap artist from the Bronx, is doing something new. He’s creating vibrant, hardcore rap but he infuses it with an amalgamation of obscure references, retro and pre-pop musical tracks and a sense of humor.

I was fairly amazed, when I started listening to his music, to hear fragments of old R&B hits, lyrical references to Broadway shows and off-the-wall pairings of clever lyrics and sometimes disturbing musical accompaniment.

I mean, where in rap do you hear seemingly stream-of-consciousness lyrics paired with creepy circus caliopes? Or the sounds of what seems to be Japanese anime music with lyrics like “I’m just a nigga from the Bronx, With my eyes on the bigger picture”?

Every song is a mini-masterpiece. While his lyrics do include the usual rap references to women, guns and drugs, they are combined into an amazing blend of odd tempos, off-the-wall tracks and little nuggets of cool. For example, I heard the following in his songs: 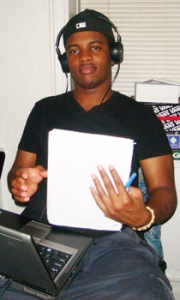 Smooth Being’s gift is in creating extremely meaningful lyrics and combing them with this weird kaleidoscope of music choices and references. This music is The Ramones meet 2001: A Space Odyssey meets Al Green meets Laurie Anderson meets Dracula. The closest I can come to a comparison is to note the similarities of Smooth Being to The Beach Boys’ Brian Wilson (Google him). Brian Wilson created small masterpieces of music; he was a perfectionist; his music was obscure and beautiful. Smooth Being is the Brian Wilson of Rap. His songs will bear up to thousands of listens because there is so much going on in each one that you can’t take it all in during one hearing.

If you took DNA from Frank Sinatra, Marvin Gaye, David Byrne, Yoko Ono and Bram Stoker, you’d have Smooth Being. Lock the doors, shutter the windows, draw the blankets up close and listen if you dare!