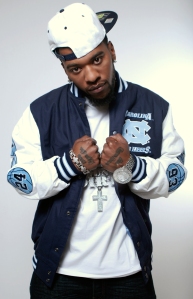 Young Dirt is a young man with a very old soul and a very new sound. This Carolina artist has a gift rarely seen in rap today; the ability to craft rap music, lyrics and meaning into an enjoyable sound and experience for music fans of all kinds. He creates music that has a very widespread appeal. That’s a very difficult trick to pull off, but Young Dirt does it. He’s writing the anthems of a new generation.

Young Dirt has some basic elemental skills on his side. He’s extremely intelligent, he’s witty, he has an excellent sense of timing, and he writes lyrics that always provide an interesting cool twist. For example, in “Still Undefeated” he says, “I’m grown/You niggas still teethin/Still undisputed/Still undefeated.” He is in it to win it, too: “I’m on another level/I’m takin everything/Til it ain’t nothing left.” (“Still Undefeated” is a perfect track for anyone who needs inspiration to keep going and keep doing their best.)

Young Dirt definitely doesn’t lack confidence in his own abilities, either, and he seems to know what it takes to get to the number one spot. In “Born Alone Die Alone” he states, “Haughty niggas hatin me/I’m not scared, I’m prepared.”

He also has an even greater gift, in my own opinion. He is able to expand his appeal because his music and lyrics move the rap genre into the mainstream. His music has enormous commercial possibilities and appeal. He crosses over from straight rap into very listenable and anthem-ready songs, and his music reaches beyond a ‘rap-only’ audience.

I’m not saying that Young Dirt abandons his rap roots at all; rather, he takes the essence of rap and translates it for a larger audience. He takes the basics, with all the hardcore lyrics, throbbing beats and proud posturing, and includes his own brand of musical Southern comfort. He then packages it into something everyone can enjoy and appreciate. He does this through extremely clever lyrics and chorus bars, and adds in his own VERY confident personality, and voila: the New Southern Rap Movement is born.

According to his website, he writes, produces and engineers his own music, and it shows. His tracks and videos are extremely professional and well-done. I believe he knows exactly what he wants to say and how to say it, and he enjoys the journey as well. I get the impression that Young Dirt is always sitting there with a rather smug grin behind it all, because he has 100% confidence in himself. 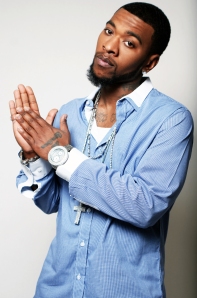 While I believe he will be the next huge crossover rap star, Young Dirt doesn’t abandon his background, but adds a lot of Southern passion into his music and lyrics. If you listen, it’s a story of a young man who knows he’s got the real thing (talent) and is documenting his path towards real stardom while staying true to his roots, which are so important to him.

Some of my favorite Young Dirt tracks include “Always Home,” “Gimme My Money,” (try and get THAT chorus out of your head after you hear it!) “Born Alone Die Alone,” and of course “Still Undefeated.” One song that really blows me away is “Let Me Know,” an amazing track that I believe is total Top 40 material. “What I’m Lookin For” is so danceable and energetic, with that trademark Young Dirt cockiness and beat.

I’m very very privileged to follow Young Dirt on Twitter and have him follow me back. He has actually taken the time to interact with me, and that shows me that he takes his career and his fans seriously. Maybe it’s just his Southern politeness, but I appreciate his ‘follow’ and the respect he shows for all his fans.

He has a song called, “Y’all Ain’t Ready,” but I disagree. I think we are absolutely ready for his brand of across-the-boards appeal, and I think we are looking at a new Ambassador of Rap. He’s got the attitude, the talent and the appeal. Personally, I would love to see Young Dirt alone on a stage in a solitary spotlight; no crew, no shawties, no chains, no bottles, just music and personality.  I’ve always thought that rap/hip hop is a much-needed element of Southern culture, and it’s really refreshing to see Young Dirt take part and help make a name for artists in the South. He never loses the strength of his Southern past, but he’s moving full-steam ahead into a universal future.

A selection of  Young Dirt songs:

Realest Sh*t I Ever Wrote

What I’m Lookin For